Human immunodeficiency virus (HIV) is a replicating virus or retrovirus that can lead to acquired immunodeficiency syndrome (AIDS). AIDS is a health condition that causes the immune system to fail, which leads to a number of life-threatening infections and complications. HIV is transmitted when infected body fluid such as blood, semen, vaginal fluid and breast milk come into contact with a mucous membrane or the bloodstream of another person. Although HIV and AIDS medicines help slow the progression of the virus, there is no cure for HIV or AIDS.

How does HIV/AIDS affect the kidneys?

HIV disease can cause kidney failure due to HIV infection of kidney cells. This is known as HIV-Associated Nephropathy or HIVAN. Other causes of kidney disease include diabetes and high blood pressure… Kidney problems can lead to end-stage renal disease (ESRD) or kidney failure.

Renal problems related to HIV can be caused directly by the HIV virus when it enters the kidneys and multiplies or by the medicines patients must take to manage HIV. Highly active antiretroviral therapy (HAART) and other HIV treatments have side effects that can sometimes be toxic to the kidneys, including:

HIV-positive people may face a number of risk factors for kidney disease.

First, it’s important to recognize that some people are naturally at a higher risk for kidney disease. These include people with a family history of kidney disease (for example, if their mother, father or other immediate relative has certain types of kidney problems). Blacks, Latinos, Pacific Islanders and Native Americans also face an increased risk of kidney problems.

Some risk factors, however, can be modified or reduced. These include HIV-related causes of kidney disease, such as certain HIV medications as well as HIV infection of the kidneys. Other modifiable risk factors include high blood pressure and diabetes.

What are the symptoms of kidney disease and how is it diagnosed?

Symptoms of kidney disease include:

Do I need to be checked for kidney problems?

The Infectious Disease Society of America (IDSA) recommends that all HIV-positive people be evaluated for kidney disease at the time of their diagnosis using urine and blood samples. Those at high risk for renal impairment — such as people with high blood pressure, diabetes, CD4 counts below 200, viral loads above 4,000 and hepatitis C virus (HCV) coinfection — should be checked by their health care providers every year, even if they appear to have normal kidney function. Twice-yearly checkups are recommended for high-risk patients who are taking medications that can potentially damage the kidneys, such as Crixivan and meds containing tenofovir DF (Viread, Truvada, Atripla, Complera and Stribild).

How is kidney disease treated?

The IDSA recommends that HIV-positive people who have signs or symptoms of kidney problems be referred to a kidney specialist (nephrologist) for care. Treatment options can vary considerably, depending on the cause (or causes) of a person’s kidney disease and any other health issues. Some treatment possibilities include:

Getting tested for chronic kidney disease

Most chronic kidney disease (CKD) symptoms show up only after a large part of your kidney function has been lost. These symptoms can include leg or facial swelling, changes in urination, fatigue and loss of appetite. Because CKD symptoms can be confused with other health problems, it’s often difficult to quickly diagnose kidney disease.

The most common test to see if the kidneys are working like they should is a urine test where a dipstick is used to check levels of protein, sugar, ketones, blood, nitrites and red and white blood cells. Nearly one-third of all people with HIV have high levels of protein in their urine, which can be a sign of possible kidney trouble. If protein is detected, your doctor may order more detailed kidney tests such as blood urea nitrogen (BUN) or creatinine clearance tests.

A creatinine clearance test is a combination of a blood test and a urine test that measures the kidneys’ ability to get rid of waste. Creatinine is created by the body when muscle is broken down. If this test shows low levels of waste in the blood and urine, it may mean the kidneys are not working like they should.

HIV-positive patients who have or are at risk for CKD should have their treatment tailored to their needs and circumstances. Some treatments for CKD include managing phosphorus levels, reducing blood pressure, managing fluid balance and/or antiretroviral therapy.

HIV-positive people with ESRD who are on dialysis may want to consider a kidney transplant. Doctors can help HIV-positive patients with CKD and end stage renal disease determine a treatment regimen that manages both HIV and kidney disease. 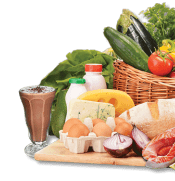 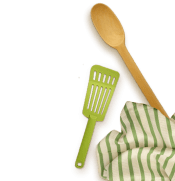 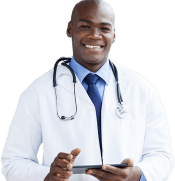